Much time and several wonderful foster dogs have passed through our house since my last entry. Here’s the boy who came to our house next:

When I met this fella at the shelter, his name was Rex. I was there to see the vet with my foster Teddy and while Teddy waited his turn, I cruised the aisles of kennels. If I set my sights on the next dog, I figured, Teddy would find his perfect home sooner. (I’d had him close to four months at the time – and it worked! Or I like to pretend it did.)

The first thing I saw as I walked those dimly lit aisles was an incredible, half blue eye. I walked to the kennel door, and Mssr. BaRu tip-toed up to me and gave my fingers a little lick through the chain link. So gentle. So tender. I picked up the kennel card and read that he had been a stray caught in a trap placed by Animal Control. Just then, a staff member turned the corner and told me Mssr. BaRu had a really sweet personality but was heart worm “smear positive” and didn’t have long there. (Translation: He would be euthanized if not adopted soon).

Let me take a moment to tell you that the staff at Companion Animal Alliance is among the most compassionate of all the people I know. In fact, the person charged with making the euthanasia decisions has 10 dogs of her own and told me when she makes the dreaded weekly list she vomits. Literally.

It’s for this reason that I cannot stand it when people demonize those who work at so-called kill shelters. (Read this fabulous blog on the topic by my friend Abby Knight who works at the shelter.)

The people putting these animals in the line of fire are not those who have to “pull the trigger” so to speak, but rather those who breed dogs for pets, those who choose to buy a pet from a breeder rather than adopt from a shelter, and those who do not spay and neuter those pets, who can unintentionally get out and multiply.

If you fall into any of the above categories, I don’t mean to be a jerk by telling you that. I’m telling you in the hope that you’ll just make a different choice next time, now that you know. I have a dear old friend and a dear new friend who just adopted their first dogs from a shelter rather than buying from a breeder after reading about my experiences here. I would love to hear from them – and anyone else who has recently done the same – in the comments.

But back to Mssr. BaRu, whom I was not able to take home while Teddy was still our foster. Fast forward a few weeks, Teddy had been shipped to his new Mama in Boston, and I was at the shelter choosing my next foster. I headed to the aisle of long timers to make my choice. I had put Mssr. BaRu out of my mind, as I often do when there’s a dog there I like who doesn’t have much time and I can’t take him. But there he was! 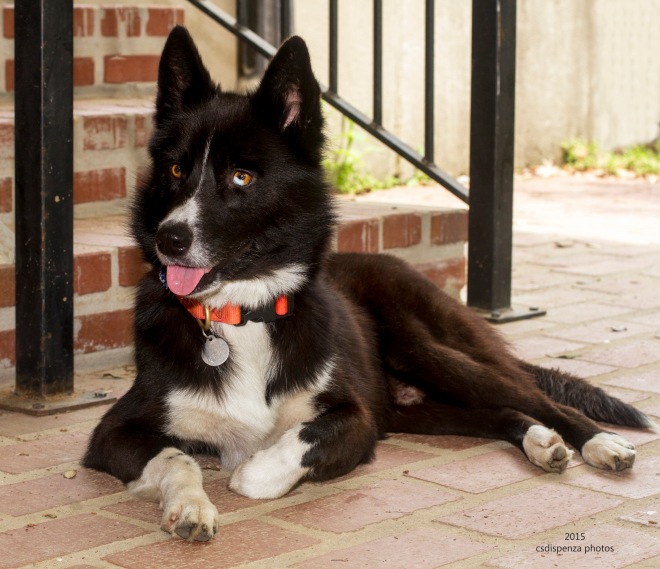 I brought Mssr. BaRu home and he was as calm and wonderful as he was beautiful. When I posted his first picture on Facebook, I said, “Look: I found a Border Collie who’s not nuts!”

This is an inside joke for dog people who know that the Border Collie is a working breed. Highly intelligent, focused and intense, if there’s no work to do, a Border Collie will often make his own work. (My friend Laurie was fostering a Border Collie when her iphone went missing. She had turned the house upside down looking for it when she heard a muffled ringing sound and found the phone in her foster dog’s kennel, tucked beneath the dog bed. There wasn’t a scratch on it. The dog had just had a ball stealing, hiding, and now lying atop the phone).

Not long after, I got a private message from Nancy, a Facebook friend I had never met in real life, but who is also a writer and a friend of my cousin’s. Nancy had lost her Belgian Shepherd to cancer a year earlier, was heartbroken, and yet she was really missing having a dog. She was thinking she and her husband Frank might be ready to love again. Could I tell her more about this blue-eyed boy?

Suffice to say, that Mssr. BaRu was the perfect dog for Nancy and her husband. And while his heartworm status concerned her, she later told me that being unable to save her beloved Belgian was so rough that in a weird way adopting a dog with a disease that was curable felt like it would help her heal.

I am truly at a loss for words over the Nancys I have met in this world since I began fostering shelter dogs.

Nancy, who lives in Pittsburgh, wanted to speak with her husband and think about it for a few days. Meanwhile, I asked my Facebook friends if they would be willing to donate to the shelter’s sick and injured animals fund so I could get Mssr. Baru stated on doxycycline, which helps to weaken existing heart worms. I was so grateful to the people who did that, and leftover funds were used to help other dogs at the shelter. And then a very generous Facebook friend who is a friend of my parents’ messaged me saying she would like to pay for the costly immiticide injections that are part of the fast kill heart worm treatment for Rex. I could not believe what was coming together.

A few weeks later, Nancy bought a plane ticket and flew to Baton Rouge to adopt a dog named Rex who Frank would rename Mssr. BaRu (BaRu short for Baton Rouge). I picked up Nancy at the airport with Mssr. BaRu in the car. He sniffed her then wagged, she smiled then patted him. Their first meeting was gentle and sweet, just like both of them. A perfect match, I thought. Then we went to the shelter so Nancy could fill out the paper work and pay the adoption fee. Then we got a glamour shot of Nancy and her new boy: 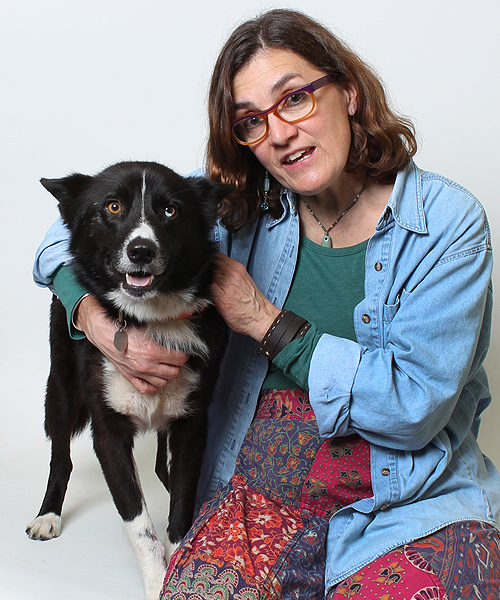 Nancy spent the night at our house and the next day she picked up her rental car and she and Mssr. BaRu headed home. 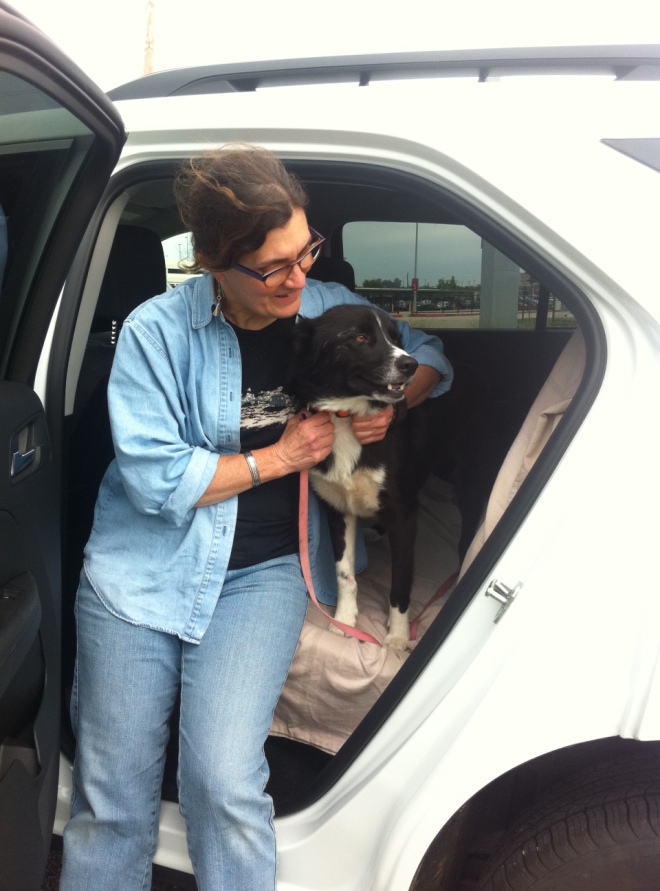 From a heart worm riddled Louisiana stray caught in a trap by Animal Control, to a cherished pet living heart worm free in Pittsburgh in just a few months.

Rex at home in Pittsburgh surveying the wildlife out the window of his mom’s study.

Rex enjoys a bone in Pittsburgh where he lives the good life.